Life is a laugh….

Though there are many cynics who would not entirely agree with the title, there are those who do. And then there are also those who tried making it one for everyone. One such person was Kishore Kumar- the singer, actor, director, editor and comedian. Kishore Kumar was born as Abhas Kumar Ganguly in a wealthy […]

Though there are many cynics who would not entirely agree with the title, there are those who do. And then there are also those who tried making it one for everyone. One such person was Kishore Kumar- the singer, actor, director, editor and comedian.

Kishore Kumar was born as Abhas Kumar Ganguly in a wealthy family. He was the youngest in the family with two elder brothers and 1 sister. When he was young, his eldest brother Ashok Kumar was into films and his other brother Anoop was making his foray into Bollywood. Naturally, he was inclined to do the same. 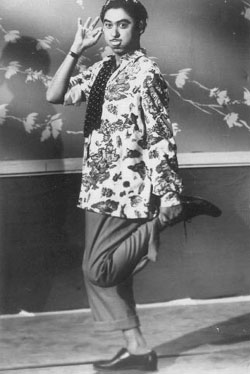 But once he came here, he realized that his one true love was music. There was nothing he wanted more than to be a playback singer. But without formal training, it was a lost cause. Still undeterred, he continued harbouring the dream in his heart till it turned into a reality.

But in the midst of all this, there was another option waiting right open for him- acting. Though he was not too happy about it, he entered the rat race and was a winner all the way. His popularity far outdid that of his superstar brother- Ashok. One genre that Kishore Kumar truly excelled at was comedy. He had a truly innate comic sense and a timing that resulted in the audiences going totally mad at his antics. 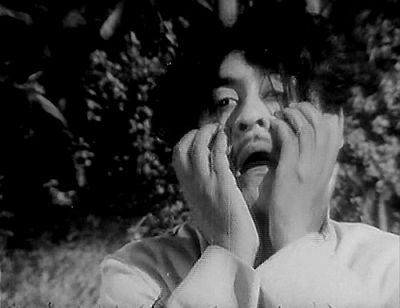 Proof of his talent was seen in Half Ticket released in 1962. It is a comic caper where an unsuspecting man finds himself the target of a deadly gang when some very precious diamonds land in his bag by mistake. A truly hilarious movie where Kishore Kumar has completely outdone himself.

And then who can ever forget about Chalti Ka Naam Gaadi?! It was one of the biggest block busters of its time and it featured all three brothers together – a classic case of comedy of errors, this one was so popular that a spin off- Badhti Ka Naam Daadhi was made. In this too, Kishore Kumar’s performance was simply mind blowing. He is still remembered for this one. 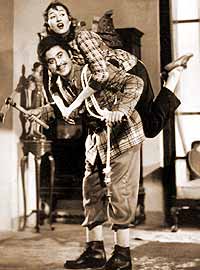 Then in 1968 there was another major hit – Padosan. Though he was not the lead in this film, his role was highly pivotal, not to mention recognized and applauded. The film also featured Sunil Dutt and Saira Banu. Dutt was a village boy new to Bombay and his neighbor was the hot little number Saira Banu. The hero desperately wants to get her to like him and for this Herculean feat, he turns to his guru – Kishore Kumar for help. A wonderful, rib tickling, gut wrenching comedy which shows off Kishore at his best.

Throughout his career, Kishore Kumar was popular and coveted, but the only reason he truly excelled was because he put his soul along with his talent into what he did. This is what separated him from the rest and he is remembered till this day for his mastery.

This entry was posted on Tuesday, May 1st, 2007 at 9:00 am and is filed under Kishore diary. You can follow any responses to this entry through the RSS 2.0 feed. You can leave a response, or trackback from your own site.